Frankly, I wasn't going to pass this one up. Being a fan of SATC for years, then kind of seeing its flaws with the benefit of time, I was very interested in what this book had to say. Now it's your turn to find out! And there's a cool competition too.
BOOK BLAST

It is a standalone book.

“SATC is my religion, so I’m offended by this book. But fuck, it’s funny.” - Dario Holley, Gay Icon

"I couldn't help but wonder....". If you cringed while watching Sex and the City but still can't get enough of it, this is the book for you. A modern recap of this iconic television series, for diehard Sex and the City addicts.

"Sex and the City Plotholes" is a dryly hilarious summary of each of the ninety-four episodes and two movies of Sex and The City, an enormously popular American romantic comedy-drama which ran from 1998 to 2004. The show was ground-breaking in many ways. It introduced many plot features which had never been seen so openly on mainstream television, including sexual promiscuity, non-standard relationships, coarse language, fetishes, and homosexuality, to name a few. Enjoy discovering the multitude of flaws in the plotlines and characters, explored through the more politically correct 21st century lens.

Carrie wears a terrible dress and worse hairstyle to a Hamptons wedding. We are assailed with mentions of “zsa zsa zsu”, a made-up term of speech that thankfully only lasts one episode. Berger shows up again, now single but no more likeable. Charlotte realises she has fallen for Harry, but is dismayed when he tells her it can never be because she’s not Jewish (which explains why he was OK with being a fuck buddy). Samantha demands Smarmy Richard, who she dumped a while ago, allow her to use his Hamptons house for a huge party. The SATC girls crack continual jokes about Bitsy von Muffling marrying the gayest man in New York.

The girls are off to a wedding, amidst their disbelief and amusement that Bobby Fine, a cabaret piano entertainer who tells his audience he wears pink caftans and a Peggy Lee wig in the privacy of his own home, is marrying Bitsy Von Muffling, a thin middle aged socialite with platinum hair. There is much consternation among the SATC girls about why they are getting married at all, but the general agreement is that it must be for companionship. Carrie bleats on about the zsa zsa zsu – the butterflies in your stomach you get when you’re in love – and how it couldn’t possibly exist in a gay/straight union. I’m already wishing zsa zsa zsu didn’t exist as vocabulary in the script.

In ongoing coincidences, Harry handled Bitsy’s divorce, so he’s invited to the wedding. He wants Charlotte to go with him, and as they are slowly progressing away from fuck buddies to something more, Charlotte agrees to go; but only if he waxes his back. He must have it done at the same place that butchered Samantha’s face peel, because after the wax his back looks as though it’s been grilled on a Broil King. We’ve all waxed our legs, haven’t we ladies? There should be no ongoing redness or welting, and certainly no pain after the procedure. Charlotte is horrified to see Harry’s back looking like breakfast bacon, but at least it’s hairless. She finds other things to complain about though: Harry’s shirt, his use of the word “tits” and his tendency to eat without caring about food on his face. Harry is characteristically good natured about it all. He’s slowly becoming my second favourite SATC lead cast member (after Miranda). Except for the teabag thing, but we’ll get to that.

On their way to the huge party that Samantha has decided to host at Richard’s house in the Hamptons, Jack Berger makes another appearance, just in time to create some drama in season 6. He rides badly on a motorcycle to the very same fast food joint where the SATC girls minus Charlotte are having lunch. It’s quite the coincidence. The motorcycle is an impulse purchase Berger made to get him through a breakup with the girlfriend Carrie was hopeful he would break up with. However, he’s not very confident in riding it, which makes me wonder how he got his license, and if he should really be riding it up to the Hamptons. Carrie invites him to Samantha’s party, and he knows the house because Berger has a Hamptons house as well. (So does Harry; have you noticed how many people have Hamptons houses on SATC?)

At the party, Carrie and Berger sit outside the house together on the grass and Carrie delivers a one-woman monologue about her last breakup and breakups in general, crapping on well long enough to make her seem a dozen kinds of crazy. Berger can’t get away fast enough, even pulling his jacket out from under Carrie so suddenly she tips sideways. Carrie, in her characteristic narcissistic way, has scared him off. I’m still waiting for someone to quote Lisa Kirk to Carrie:

It may have helped Carrie a little in life. Anyway, moving on to the actual wedding reception. Harry professes to Charlotte that he’s falling for her, but then follows up that he can never marry her because she’s not Jewish. They decide to just dance and figure it all out in season 6. Miranda is ruminating over her recent accidental sex with Steve (again!) and realises she may be falling for him too. Berger shows up yet again, invited that very day by the groom (because when you pay $500 a head for a lavish Hamptons wedding, it’s ok to ask random people on the street to attend on seven hours’ notice). Carrie keeps her mouth firmly shut, embarrassed by her earlier verbal haemorrhage, and they decide to date properly before their (spoiler) rocky relationship and spectacular breakup in season 6. Samantha isn’t falling in love with anyone, I’m relieved to say, because that’s enough love (or simulation thereof) for one episode.

Style note: I can’t even say how much I hate the dress and hair combo Carrie wears to the wedding. The other girls somehow always put it together for events, but Carrie is generally relied upon to wear unflattering frocks, like this one that is just a strapless gathered piece that looks like the towel you wear under your arms when you’re stripped off and about to get a massage. Don’t get me started on the hair.

Nicole Taylor writes from Sydney, Australia, where Sex and the City reruns are a constant on Foxtel. In addition to her SATC addiction she has a Seinfeld addiction, a pole addiction (the kind you dance on) and two adorable cats who helpfully sit on her keyboard while she types. She has released an album of pop music called “Ambiguosexual” and is writing her next novel.

Enter the Rafflecopter Giveaway for a chance to win

one of 10 ebook copies of Sex and the City Plotholes. 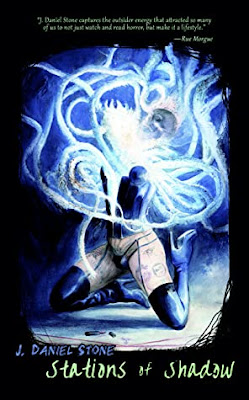 I was gifted a copy of this book in exchange for an honest and fair review.

Halfway through this novel, I couldn't decide whether this book was too brilliant for me to totally understand every nuance, or pretentious AF. The truth is probably somewhere near the middle.

Sebastian and Adrian are two New York drag artists, caught in a never-ending cycle of envy at each other's art, lust for each other's bodies, and professional admiration. Sebastian AKA The Hydra, seems to transcend his human form as he blows the audience's mind night after night, whilst Adrian (drag name Hera Wynn) wants The Hydra's crown and will do anything to get it.

Okay, so on first reading the blurb, this book doesn’t sound like a whole barrel of laughs. Borderland is the story of a young married couple, but of the MC’s has a one-way ticket to the next realm, via a terminal cancer diagnosis. Their final journey to George’s home town is hindered by their car breaking down in a ferocious storm, just outside the gates of an old hotel, the Borderland. This hotel has all the elements of “don’t go there or you won’t come out,” but George and Jason have no choice. George is sick and needs looking after.

See the whole review at http://www.wrotepodcast.com/borderlan...

View all my reviews


Okay, so I know there are tutorials for doing book teasers across the net. Some of them are quite involved, with videos and long posts and lots of graphics, but this is just a very short version. Not even a tutorial really. Just, this is what I’ve learned so far. I’m passing it on because I hope it will be helpful.

1. They shouldn’t cost anything, but make sure you're not using someone else's image without permission. The Shutterstock package I use is for 12 downloads a year at approx £39, and that works for me. You may find a site with royalty-free images for less than that, but that’s what I use.