I'm delighted to welcome author Wendy Rathbone to my blog to celebrate the release of her new book, Trust No Alpha ! Below are the blur... 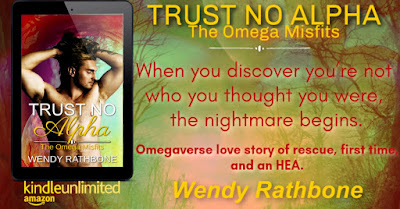