I wrote this story a couple of years back. It was my first attempt at a full-on, all-out romance. Happy Thanksgiving to all who celebrate, and Peace and Goodwill to everyone else! 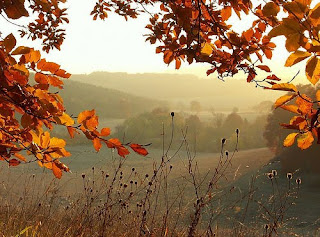 ‘If you don’t want to help, why don’t you go visit Grandma,’ Eva’s mother said.  She was in the kitchen with her hand halfway up the backside of a large turkey and she looked harassed.  It was Wednesday evening, the day before Thanksgiving.  Eva had been living at home for the past few months and the novelty had worn off for both of them, but her grandmother was always pleased to see her.
She kissed her mother’s cheek  and gratefully left the house, trying not to feel guilty even though she knew that as soon as she had gone, her mother would put on the radio, pour a glass of wine and be happy to continue preparing the gargantuan feast for the holiday.
The leaves of the sugar maples surrounding her grandmother’s large house were still a luminous orange, casting a comforting glow as she parked in the driveway.  The air was cold and crisp, a bright moon already in the sky.  She could see her grandmother sitting by the fire, looking out the window.  She waved and slowly creaked to her feet to open the door.
Eva loved her grandmother’s house.  In the winter it always smelled of the warm spiced apple drink she gave everyone when they came through the door.  She laced her ownwith a healthy slug of bourbon, but Eva was not allowed such indulgences.
‘Certainly not in your condition,’ she said, as she motioned Eva into a chair.  She pulled her Shaker sewing basket towards her and pulled out a large wad of material.
‘Ready?’  She said with a smile.
‘Ugh, his has to be the worst part of making a quilt,’ Eva groaned two hours later.  She had just pricked her finger for the third time in five minutes, her back was aching and her legs had gone numb.  She was sitting curled up in the big, cosy armchair by the open fire, with only the snap and hiss of the new log she had put on a few moments earlier, and the loud purring of her grandmother’s cat, Womble, stretched out like a black leopard along the back of Eva’s chair.
Her grandmother looked at her over the top of her half-moon spectacles.  ‘The worst part?  Surely it’s the best of all?’
‘I don’t see how,’ Eva grumbled.  She fixed her work with three tight little stitches, just as her grandmother had taught her years before, stuck the needle in the fabric so it would not get lost, and stretched out her legs, yawning.
Before her, the quilt was heavy on her knees.  They had spent the best part of the year making it, starting in early January to take advantage of the sales for their fabric.  She had driven her grandmother to the store, and they had spent an inordinate amount of time searching, choosing, comparing fabrics, looking for the “main event” as her grandmother called it.  That was the show fabric, the one that would determine the colours of the others.
They had ended up with twenty half meters of fabric, each one different, because neither of them could decide from the myriad rainbow colours displayed around the shop.  Quilts hung from every wall, alluringly simple yet striking, with Maple Leaves, Flying Geese, Log Cabin and any other number of different block patterns.  At the time they had no idea how big it was going to get.  It was just exciting to go home and play with all the different colours, putting different materials together, imagining the spectacular result at the end of the year.
Each month they chose a block to do, and Eva would drive to her grandmother’s drafty
old Colonial house to spend the evening with her, stitching and talking.  There was no particular pattern.  Every block was different.

Now, ten months later, she had been staring at it so often she had forgotten what it looked like.  It was strange, how familiarity real did breed, not exactly contempt, blindness almost.          They had been concentrating on quilting the intricate daisy pattern, drawn on the back of the patchwork to guide their needles.  It had been especially comforting to sit next to her grandmother, basking in her warmth as they worked together.  The tempestuous summer had passed, leaving Fall to brighten the trees and give an illusion of cosiness when she had felt most desolate.
So much had happened in her life since that first visit to the quilting store.  She had bought a house, become pregnant, and broken up with the man she thought she would be with forever, all in the space of that time.  Sometimes she hated the quilt, because it reminded her of everything she had lost, but she had not shared those thoughts with her grandmother.  Instead she pretended everything was fine, and at when she was in her grandmother’s quiet company as they concentrated on the quilt, she almost believed it herself.
‘Let me tell you how,’ her grandmother said, breaking into her thoughts as she stared into the lapping flames.  She smoothed her end of the quilt over her skinny knees.  ‘At the beginning, we went to the shop.  It was all new.  We didn’t know what would be there, and what choices we would make, did we?’
‘No.  It was great fun though.’ 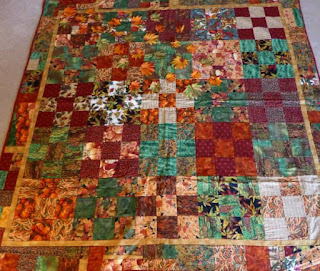 ‘Indeed.  You made me eat a McDonalds.’  The old woman smiled affectionately.  ‘I remember that day very well.  We made our choices.  Your colours were vivid and fresh, and mine were calmer, bringing peace to a work that would otherwise have been a little ... frantic.’
Eva laughed.  For your taste perhaps.  We were a good team.’
‘We were.  We are.  So for the last eleven months we have sown our blocks.  Tiny pieces of fabric, blood and some tears, gradually forming patterns that made sense, yet no one is the same.   I look at yours and you look at mine, and each of us are thinking, “well, I wouldn’t have done it like that,” but somehow it works.’  She smiled gently.  ‘A bit like you and Tom, perhaps?’
Eva’s smile faded. Five years she and Tom had been together.  The argument had been so stupid she could barely remember how it started, but neither one of them thought they were in the wrong.  Because of that stubbornness they had not spoken since.
‘Tom isn’t part of my life anymore.  You know that.’  She tried to be polite but the sudden mention of his name hurt more than the needle in her thumb had done moments earlier.
‘Of course,’ her grandmother said smoothly.  ‘Where was I?  Oh yes, we made our blocks.  Then we put them together.  Remember all that negotiating and arguing over the dining room table? ‘
Eva smiled again.  ‘Yes.  You were very cross.’
‘So were you, but we worked it out.  Neither of us were right, and neither of us were wrong.’  She gave Eva a sly look, which Eva ignored.
‘So we sewed it together, me at one end, and you at the other.  I’m not sure we ever really looked at what we had made before we put the wadding and backing on.’
‘No.  You said we weren’t to look at it too early.  Not properly.’
‘I did, didn’t I?  It’s never a good idea to look back too much.  You always see mistakes you’ve made.  Corners you’ve cut.  What’s done is done.’  She sighed sadly.  ‘So then we basted.  Lord how we basted.  Surely you remember that?’
‘Now that was boring,’ Eva admitted.
‘Ah, but necessary.  All those long stitches.  Stitch after stitch, every one holding the quilt together.  All that hard work, keeping all the layers close.  If we had been lazy, the quilting would not have looked half as good.  Maybe it would have held, maybe not, but there would always be the doubt that we could have done better.  That’s why it’s worth putting the work in, putting up with tedium.  Without the tedium, you can’t appreciate the result, can you?’
‘No.’  Eva eyed her grandmother’s disingenuous expression.  She was a cunning old bird under the fluffy grey hair and habitually sweet dimeanour.  ‘So we did the choosing, the placing, the stitching and basting, then the binding.’
‘You forgot the border.’  The old woman motioned to the strong border of embossed cream fabric running round the edge of the quilt.  It was soft with much handling, and indented with finely stitched daisy flowers.  ‘Doesn’t matter what colour it is, but it has to be good and strong, wide enough to frame what has been put inside and show it off, otherwise you can pass it by and not notice it, and for all that hard work, that would be a shame.  And then there’s the quilting itself.  All those tiny stitches we’ve put in over the past three months, night after night.’  She traced the long, sweeping lines with her finger, the tiny petals, the intricate leaves.  ‘Every stitch made with the same love, by both of us.  We’ve worked together all the way through.  Without you, I could not have made something so wonderful.  And without me ...’
‘Neither could I,’ Eva smiled, squeezing her grandmother’s tiny hand. 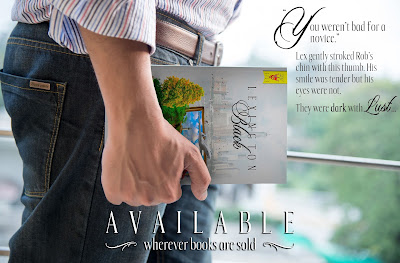