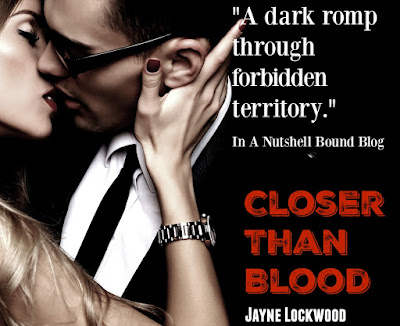 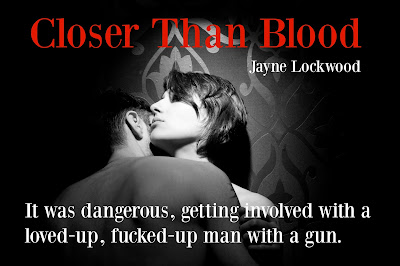 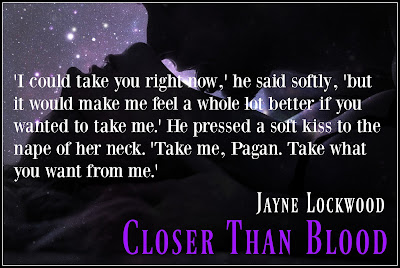 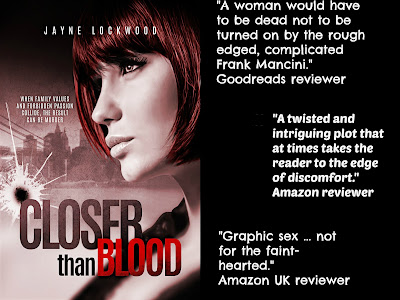 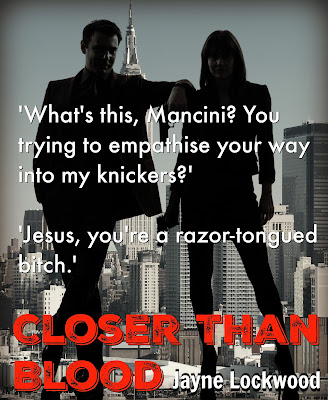 On Day 1 of the Closer Than Blood Blog Tour, you can find me loitering on the A J Adams (Sinfully Hot Reads) blog.

Below is an excerpt from the book. I've chosen Pagan's first conversation with Richard Mason, and he isn't quite what she is expecting...

Pagan was put on hold. Gershwin played again, then the phone clicked. The woman on the other end introduced herself as Eleanor Horne and Pagan went through her spiel again. There was a tiny sound, as if the other woman had sharply drawn in her breath.
‘One moment please.’
Pagan realised she was shaking. God, she was nervous.
‘I’m sorry for the intrusion, Ms. Freemantle, but may I ask you your birth name, birth date and that of your brother?’
Pagan was stunned. She had not been expecting an interrogation.
‘Is this the right number for Richard Freemantle? I really need to speak to him urgently.’
‘I do need you to answer the question, Ms. Freemantle.’ The woman’s voice was firm. Pagan sighed. She had no choice but to play along.
‘Fine! I was born Susan Mary and my birthday is on 25th February 1976. My brother, Anthony James, is the 14th October 1978. Our parents died on 31st October 2007. Their add...’
‘Thank you, Ms. Freemantle, please hold for a moment.’ Eleanor Horne’s unflustered voice cut through Pagan’s increasingly frustrated one. Then, almost immediately, a different voice, curt and male.
‘Mason. Who the hell are you?’
Pagan’s hand tightened on the receiver. He was going to make her go through it yet again, but she was damned before she would.
‘Is that Richard Freemantle?’
‘Was.’ He sounded impatient. ‘What do you want?’
‘Are you always this rude?’
‘It’s the money, isn’t it? That’s why you’re calling? If so, you’ve wasted your time.’
She was momentarily lost for words. He sounded dry and sarcastic, his English accent completely buried under a North American drawl, hardened by urban Manhattan. Whoever she had been expecting, this man was her worst case scenario. Doubled. She took a deep breath.
‘It isn’t about money, but there is something we need to discuss and I don’t want to do it over the phone.’
Silence, then, ‘How did you find me?’
‘I’d … rather not say.’
He sighed loudly. ‘Did you fuck someone for it? Offer to suck his dick?’
She almost dropped the phone. ‘What gives you the right to ask questions like that?’
‘My life consists of three things: work, money and sex. Those are the boundaries in which I think. Besides, I’m family. Answer the question.’
‘No,’ she said faintly. ‘I used my initiative, that’s all. Does that satisfy your curiosity?’
‘Not quite. I want to know if you’re a conniving little bitch like Celia was.’
‘I’m nothing like her!’ She looked around quickly to see if anyone was listening. They all seemed very intent on their work, as she should have been at that moment. ‘We never even lived on the same planet! Why is it so important to you?’
‘She caused my mother a lot of pain. I take offence to that.’
‘It sounds to me as if she did your mother a favour. Celia wasn’t the last of his flings. She was just the one who could organize the best dinner parties! If you have issues with her, that’s fine, but don’t take it out on me.’
‘Why did you change your name?’
‘I ...’ No-one had bothered to ask her before. ‘I didn’t like Susan. It didn’t suit me.’
‘And being an uneducated heathen does?’
‘Fuck you! I don’t have to explain myself to anyone!’
There was an explosion of laughter on the other end of the line. She could not believe he had provoked such a knee-jerk reaction from her. It was time for some damage limitation.
‘Please, let me buy you a drink tonight. I need to talk to you but I can’t do it over the phone.’
Another laugh. ‘This is getting interesting, heathen. I hope you’re not looking for religious enlightenment. God gave up on me a long time ago.’
She took a deep breath, disliking his mocking tone. ‘No, I just need ... to talk to you. Something has happened and you need to be aware of it. That’s all.’
His silence was unnerving before he said, ‘Not tonight, tomorrow. Be at Phil’s Diner at 8.30. It’s on 54th Street. And be on time. I’ve got a plane to catch.’
She quickly jotted the information down. ‘That’s great. I’m …’
The phone crashed down. She was still staring at the receiver when Moira hoisted her considerable buttocks on her desk.
‘Well?’
‘That had to be the most surreal phone call I’ll have this week.’
‘What was he like?’
‘Obnoxious. Thought he could say anything he damned well wanted. We’re meeting tomorrow night but not for long. He has a plane to catch.’ She imbued the sentence with heavy importance. ‘One thing was weird. It was almost like he already knew me. He didn’t even ask what I looked like.’
Moira shrugged. ‘That’s guys for you. Why all this interest in family reunions, all of a sudden?’
‘Can’t say at the moment. Only that Tony has really gone and screwed up this time.'
Moira frowned into her pale, anxious face. ‘You okay, girly?’
Pagan raised a smile. ‘I won’t be if I lose my job. The boss is coming.’ She nodded towards a thin man with a fat beard, weaving his way through the open plan office. 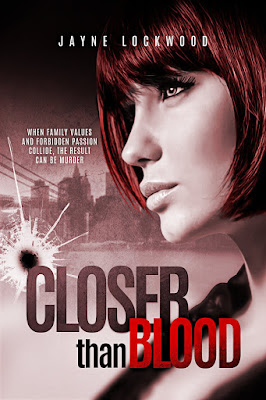 Available world-wide as ebook and paperback.
From £2.99
Approx 470 pages


Forbidden passion, blackmail and murderous intent in the cold, glittering heart of Manhattan.

Against his better judgement, slick hitman Frank Mancini falls for the sultry sister of his latest client. He is also hiding a dark secret, but can he get her into bed before his past is revealed?

Pagan Freemantle is the innocent woman unwillingly caught up in her sibling's deadly plan. When she discovers she has to pay for the hit, her attempts to make a deal throws her headlong into a dangerous attraction with a man who is patently bad news.

And can she trust Richard Mason, the elusive millionaire half-brother who is just a seductive voice at the end of a telephone? When a road trip to California ends with shocking revelations, it seems Pagan can trust no-one but herself. 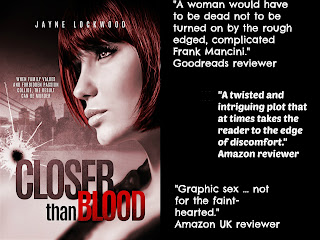 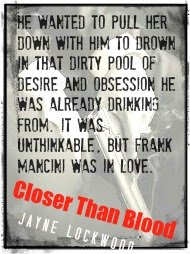 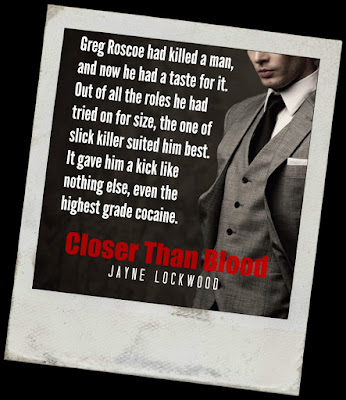 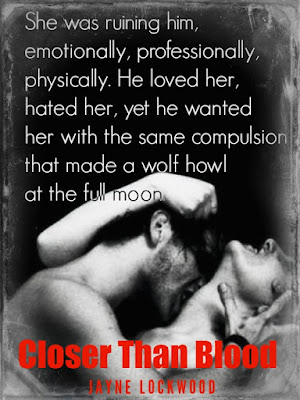 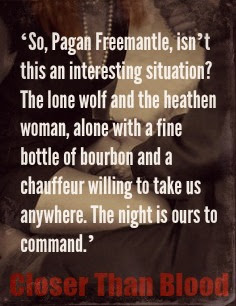 If you would like to feature this book on your blog 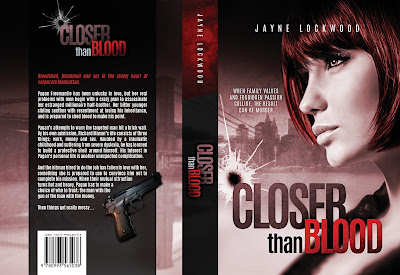 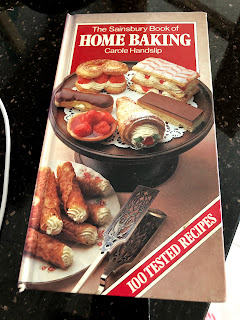