I thoroughly enjoyed this book. Although part of a series (Spice of Life), it was a standalone, straightforward read, with zingy dialogue and two engaging main characters.When I first started reading, I thought Max, the young, hot, clueless wannabe model, was a bit of a knob, to be honest (US readers, that isn’t a good thing.) He certainly didn’t endear himself to me when we were first introduced. Yes, he has the body, but he also has a self-destructive streak that I wanted to slap out of him. It was hardly surprising that Lucas, the older man who had been around the block a few times, was wary when Max made play for him in a gay bar. Encounters like that seem rarely destined to last.

But Lucas was a sweetie. I had the feeling that the author was trying for David Gandy, but I read Lucas as Henry from Cucumber. The image was thankfully shaken off when he and Max first hook up for their first pearl-clutching sexual encounter, after which, Lucas has the presence of mind to leave, rather than fall headlong into an improbable “mind-blowing sex all night” scenario.

And it is this restraint which makes the book work. Max does all the running. Lucas is the one holding back. At 45, he has doubts about his viability both as a lover and and photographer, so when Max has eyes for no-one else, he is understandably wary.

Max is also learning a sharp lesson in humility, after being fired from his job and dumped as favoured model for his photographer ex-boyfriend, but he is also wary of Lucas’s motives for wanting to hire him for his own photography purposes.

When they begin to work together, the awkwardness is almost painful, and Lucas’s attempts to make things right between Max and his former crush are excruciating, but in a good, “read it behind my fingers” way. You’re never really sure whether these two will make a successful couple. The odds seem stacked against them, for all Lucas’s wealth and Max’s worldliness, but the pay-off is worth the slow burn. (No spoilers – the author guarantees an HEA on Amazon. Also, no cheating or cliffhangers – good to know for people who hate both, like me.)

The author has paced this book very skilfully, creating an enjoyable, fun read with depth, and characters that feel real and well-rounded. And Lance, Max’s frenemy, is hilarious. I spent most of the book not trusting him, expecting him to stab Max in the back. Will he? Won’t he? Read it and find out. 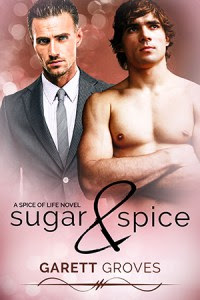 After getting rejected by the only guy that he’s ever allowed himself to feel something more than lust for, Max Williams has convinced himself that the bachelor’s life is the only way for him to live. At 28, Max has everything he needs for it: a smoking body, just enough money to keep the drinks coming, and an endless supply of guys that are more than happy to keep his bed warm at night. Still, he can’t shake the feeling that something is missing.


When he loses his day job thanks to his partying and the modeling career he’d been trying to build collapses, Max isn’t sure of so sure of himself anymore, but there’s one thing he knows without a doubt: something’s got to give.

Lucas White has a reputation of his own–and he’s tired of it. The security provided by his cushy job as editor-in-chief of a legendary local photography magazine has kept him stagnant for too long both professionally and personally. He never dreamed he’d be able to retire by the age of 45 and start his own passion project, but that’s exactly where he’s found himself and it hasn’t been an easy transition.

While celebrating his last day at the office, Lucas and Max get up close and personal at a new bar and Lucas’s entire world turns into a photo negative. Max is the perfect model that he’s been looking for to bring fresh eyes to his new venture, but he looks so much like someone who once broke his heart–and Lucas isn’t sure that he can look at Max’s beautiful body every day for work without continuing to touch it.

Against his better judgment, Lucas hires Max. As they start working together, the line between employer and employee quickly blurs, and not even the pact they made to remain strictly professional seems to keep things in focus. Though they know better, neither man can resist their desire for something more–but Max is afraid of commitment, and Lucas can’t stomach the idea of being taken advantage of by another pretty face.

Will their differences bring them down, or will they come together like sugar and spice?
at May 19, 2017
Email ThisBlogThis!Share to TwitterShare to FacebookShare to Pinterest
Labels: angst, book reviews, Garett Groves, HEA, LGBT fiction, M/M romance, older man/younger lover, romance, Sugar & Spice