His Laughing Girl by Ellen Whyte 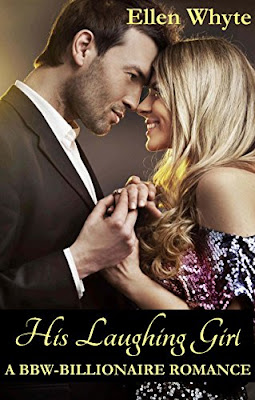 Cynics read no further because this is a pocket-sized (104 pages) romantic delight, detailing the insta-love between curvy, sexy Sophie and her billionaire client, techie geek Richard. Their increasingly heated flirtation is taking place amongst his super-model entourage, all who have Richard in their sights, and aren't afraid to try to put big-hearted, big-boned Sophie in her place.

But this is an Ellen Whyte book, which means our heroine is ballsy and not intimidated (too much) by the sniping of the beauty bots, and Richard, our single-minded hero, only has eyes for Sophie's curves. Ellen has given her characters three-dimensional lives, not just dressed them up like paper dollies (oh look, he's a tech genius, she's a chef!) without giving some insight into exactly what they do for a living. Richard's house party as he tries to woo a Russian businessman into investing into his product, and the challenges Sophie faces as she balances the picky meal requirements of all the guests, are a case in point. I've said before, and I'll say it again, Ellen Whyte (and as A J Adams) imbues her stories with an intelligence as well as lush romance, not insulting the reader by assuming they just want to get to the kiss at the end.

The story is told from both Sophie's and Richard's point of view, which again is ambitious for a relatively short book. It would have been far easier just to give Sophie's version of the story, but the fact that Richard has his say as well, tells me that the author really cares about her characters and wants them to have their own voice. It succeeds very well and gives the story a lot more depth.

So yeah, for someone who doesn't really do romances without a lot of bedroom action or deep-rooted angst, this old cynic's granite heart has been melted. The insta-love, the HEA, the strong heroine, the hot guy with all the money = sold. 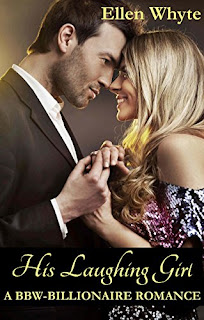 “To being wicked.” His grey eyes were laughing at me. “Together.”

The pleasant thumping in my knickers became a vigorous pounding. Richard Cummings was gorgeous. I could feel his charm wrapping around me like a warm blanket.

Oh well, I told myself. It’s just a flirt fest. I have those all the time, and it hardly ever comes to anything. Because of the curves, probably. Men like me, but after we’ve had a laugh, they go to bed with someone skinny.

This was no different. I’d have a giggle with Richard, enjoy the charm and the good looks, lust after him a little bit, and know it was purely a game. Because tech billionaires with a penchant for A-list models don’t fall for curvy caterers.

*****
Curvy chef Sophie Weston has given up on love. But when she is hired to cater for a very exclusive house party, she falls instantly for handsome tech tycoon Richard Cummings. However, she quickly discovers that Richard has a shady past. Should she trust him or should she walk away before her heart is broken again? A fun uplifting romance with a big beautiful woman and a yummy billionaire.
at June 15, 2017
Email ThisBlogThis!Share to TwitterShare to FacebookShare to Pinterest
Labels: AJ Adams, BBW-Billionaire genre, book review, books, career woman, Ellen Whyte, excellent read, good fun, romance, well-written romance 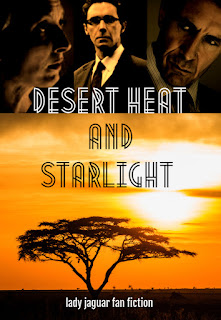