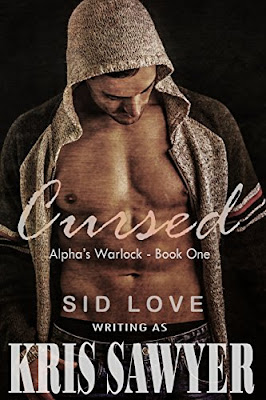 I was gifted an ARC of this book for an honest and fair review.

This is an interesting one, a shifter/fantasy MM story with no pounding sex or rock hard abs, despite the misleading cover. In fact, most of the usual shifter tropes are missing, which makes a refreshing change, and yet it is still undeniably a shifter story.

It reads a little unevenly at times, with large leaps to move the story along where more detail and background would have improved the pace. This is a longer story fighting to free itself out of the constraints of a short (15,000 words) tale, and it deserves more embellishment.

The author has created some well-rounded, likeable characters, and some genuinely scary ones. The tender moments feel real without being sickly sweet, and Clyde and Terry's relationship, although super-fast, is one to root for. The ending felt a little tacked on, probably to satisfied those clamouring for a satisfying ending. This is one area where restraint would have served the book better.

Overall, I enjoyed the book. I loved the setting and really cared about Clyde and Terry. This series shows real promise.

Clyde Barrington is a werewolf with a curse on his head. Every night, he shifts from human to wolf and lives the life of a lonely predator, never fully accepted by his pack. When he saves a handsome stranger from a fire, everything changes.

In a world divided by the ancient feud between werewolves and warlocks, Clyde and Terry must learn to trust each other. When wolves start to disappear, their bond is tested by the fear of a pack now balanced on the edge of destruction.

Amidst a web of lies, deceits and betrayals, Clyde must decide where his loyalties lie, and choose between a forbidden love and the ties that bind him to his brothers. Is Terry an enemy to the pack, or the saviour that will lead them out of the darkness?
at September 07, 2017
Email ThisBlogThis!Share to TwitterShare to FacebookShare to Pinterest
Labels: Alpha's Warlock, blog post, Book One, Cursed, fantasy, HFN ending, Jayne Lockwood book review, Kris Sawyer, romance, series, Sid Love, small town America, unusual shifter tale