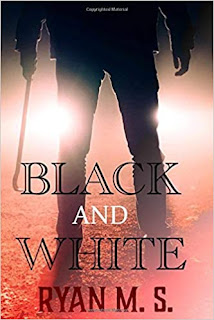 I've read a few books recently where a little nip and tuck would make a much tighter story (and that includes my own work) and this book is another one, BUT ....

I loved the plot, and the lead characters, Daniel Vincent and Kyra, have great chemistry.

It took a while to pick out what was going on, and I didn't warm to Kyra at first. She seemed a little shrill, though to be fair, I think most people would be if they are kidnapped by a supposed serial killer and then told she is the same as him. By the end, I saw her as strong and determined, but it took just a little too long for that to happen.

Daniel Vincent is a smooth operator, but a vulnerable one, and frankly, there is nothing I like more than an anti-hero at odds with the world. When he finally persuades Kyra he isn't the terrible person everyone thinks he is, and shows her what she is capable of, the sense of wonder is palpable.

Yes, there was a feeling or chaos throughout the book. It wasn't one to spot-read, as by the time I picked it up again, I had to backtrack to pick up the plot. There's a LOT going on, but this is a solid fantasy story, set in the "real" world, where the authorities are the actual villains, making sure Daniel Vincent and Kyra are always on the run. Basically, it's a good, old-fashioned chase story, with two people who don't like each other very much having to rely on each other to survive, and possibly, gradually, falling for each other at the same time.

Finally, I could feel the author's love for these characters, and the desire to put them through as much as possible before giving the reader a satisfying conclusion. Daniel Vincent was by far my favourite character, and I would love to see him in another book, misunderstood, causing unintentional chaos, getting the girl. He's a hero for our times. I'm sure a lot of us would like to see the world through his eyes, and have the ability to do something about it.

That’s what we do everyday, whether we realize it or not. We've learned things too, like that dogs kill, cats will eat your bones, that it's polite to use someone's full name.

Oh, and we all know that there is a deranged killer on the loose. Daniel Vincent is one of those crazies, he kills the very people we trust to protect us. The police. No one really knows where he came from, why he hates the cops, or even his motives! We all just know that he is on the prowl and that we could be next. After all, the police he kills are just men that got in his way, they were just protecting us.We know he is merciless. A ghost. Mentally disturbed.

What we don't know is that he is the one that is truly keeping us safe. He sees the world in color, much brighter and more beautiful than anyone else. Comparatively speaking, he sees us in blinding color and we see him in, well, black and white.We know he's here. We know he's watching. We don't know who's next.
at July 27, 2020
Email ThisBlogThis!Share to TwitterShare to FacebookShare to Pinterest
Labels: Black and White, book review, chase trope, fantasy, realism, Ryan M S, young adult