Jayne Lockwood has been writing for most of her life, starting with really bad poetry as a teenager, usually railing against nuclear war (it was the 1970's.) There followed a couple of novels, long since consigned to flames (probably just as well, TBH,) and the hazy idea that maybe one day, she would get something published. Her first successful writing assignment was for the college newspaper of the County College of Morris, in Randolph, New Jersey, where she studied Journalism.

Since then, Jayne has been involved in projects closer to home, working closely with other authors to continue to develop their writing. Two pieces of her prose can be found in Chalk Road, a collaborative anthology from local writers, sponsored by Wycombe District Council, and she has invariably been involved in a writing group, as well as running a local book group.

She has also had five Black Lace titles published by Virgin Books, under the pseudonym, Savannah Smythe, and has collaborated with glamour celebrity, Abi Titmuss, to produce 10 Fantasies, Abi's collection of short stories.

Jayne has also published three M/M erotica stories, Lexington Black, Docklands Diamond and My Boyfriend Is A Dog, under S A Smythe. In addition to that, she writes book reviews for WROTE Podcast, a forum for LGBTQ readers and writers. She helped set up the podcast in 2015 with fellow writers, S A Collins (sacollins.com) and Vance Bastian (vancebastian.com) and is proud to say the podcast is going from strength to strength.

The Cloud Seeker is Jayne's first mainstream novel, and draws upon her background as a Chilterns woman and her affection for the US, where she lived for two years.

Soon after, she rediscovered the very first manuscript she started back in 1996. After many hours of updating, it was finally published on Amazon. Closer Than Blood is a tale of hit men, blackmail and forbidden passion, set in Manhattan. Both novels are currently available as ebook and paperback, from Amazon, Barnes & Noble, Smashwords and many on-line book retailers.

She always has at least one novel in the background, and at the present time she is working on her first science fiction novel, working title Euphoria, based on the nuclear bunker near where she lives. Euphoria is due to be published in January 2018.
Email ThisBlogThis!Share to TwitterShare to FacebookShare to Pinterest 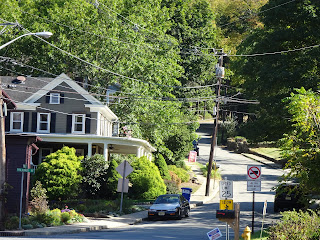