For those who don't know, I have also in the past published several books under Savannah Smythe (straight erotica for Black Lace) and S A Smythe (self-published M/M erotica.) They are listed here, together with UK Amazon links. For American readers of the Savannah Smythe novels, I can only apologise for the vagaries of Amazon/Virgin Books pricing strategy. Even I don't think one of my e-books is worth $75.00! Some of these are old now so will be available through third parties. Happy hunting!

Wolf At The Door 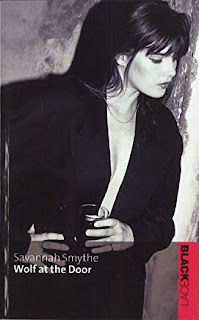 Thirty-year-old Pagan Warner is marrying Greg - a debonair but seemingly dull Englishman - in an effort to erase her turbulent past. All she wants is a peaceful life but her past catches up with her in the form of bad boy Richard 'Wolf' Mancini, the man who seduced her as a teenager.

Tempted into rekindling their intensely sexual affair while making her wedding preparations, she intends to break off the illicit liaison one she is married. However, Pagan has underestimated the Wolf's obsession.

Mancini has spotted Greg's own weaknesses and intends to exploit them to the full, undermining him in his professional life. When a mortal enemy sends the slinky, raven-haired Renate in to do even more dirty work, the course is set for a descent into depravity. 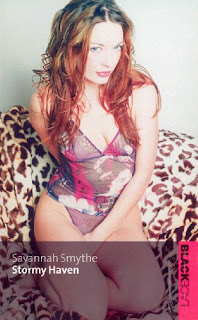 Daisy Lovell has had enough of her over-protective Texan millionaire father, Felix, and is determined to get away from his interfering ways.The last straw is when Felix forbids her to date a Puerto Rican boy. Determined to see some of the world, Daisy goes storm chasing across America for some sexual adventure. She certainly finds it, among truckers and bikers and a state trooper. What Daisy doesn't know is that Felix has sent personal bodyguard Max Decker to join the storm tour and watch over her. However, no one can foresee that hardman Decker will fall for Daisy in a big way. And he certainly has all the right, rugged stuff that the sexed-up Daisy craves!

A sizzling exploration of sexy American men that no hot-blooded girl should be without! 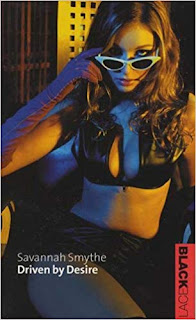 When Rachel’s husband abandons his taxi-cab business – and her – to flee the country, she is left to pick up the pieces. However, this is a blessing in disguise as Rachel, along with her friend Sharma, transforms his business into an exclusive chauffeur service for discerning gentlemen – with all the perks that offers. What Rachel doesn’t know is that two of her regular clients, the sophisticated Adrian and Robyn, are jewel thieves with exotic tastes in sexual experimentation. As Rachel is lured into an underworld lifestyle of champagne, diamonds and lustful indulgence, she finds a familiar face is involved in some very shady activity! 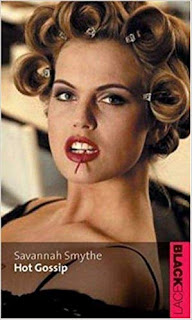 Suzy Whitbread packs in her job at a beauty salon and returns to the rural English village where she grew up. As a teenager the locals frowned on her close relationship with Clifton McKenna, father of her best friend and master of the local hunt. Clifton used to be in control of everything, including Suzy's burgeoning sexuality, but now he is confined to a wheelchair after a riding accident. Suzy is determined to help him recover while his overbearing wife is on an extended vacation, and they are soon playing out scenes of exquisite sexual torment in Clifton's luxury mansion.

As if this were not reason enough for some very hot gossip, the McKenna's son has become embroiled with a girl from the traveller community. It is only a matter of time before a furious Mrs McKenna will return from her holiday to find all hell has broken loose.

Cream Of The Crop 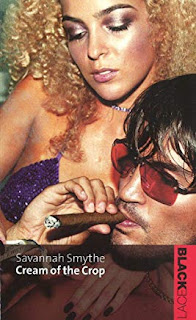 Aspiring artist Carla Vicenzi has caught the eye of Alex Crewe, a serial seducer who owns an exclusive retreat where artists hone their craft. Alex wants a high-profile exhibition, but corporate shark Crewe embodies all the values Carla despises. As she tries to resist his advances, he woos her the old-fashioned way, unaware that she can be even dirtier than him.

Eventually they are drawn together by forces neither of them can resist, and their resulting affair is explosive, pushing each of them to their sexual limit. Meanwhile Carla's dishy but dumb boyfriend is lured into depravity by Ruth, Alex's slinky PA. Amid the scheming and double-crossing, Carla still manages to find time to seduce a few of New York's fittest firemen!

The S A Smythe books 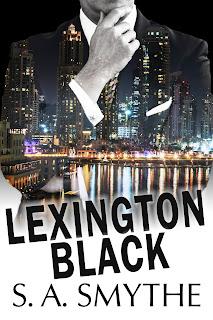 
Robin Martyn is divorced, straight, and living an unexciting life as a book-keeper for a luxury car showroom. His ambition to be an author has stalled, and he has a nightmare of a family, most of whom think he is a waste of space. His father killed himself when Rob was 15, and since then, Rob has found it hard to trust and commit himself to anyone but himself, yet over the course of a test drive with a suave stranger, he discovers he is capable of behaving in a totally irrational and risky manner.


Lexington Black is the wealthy New Yorker who rocks Rob's world. After a night of hot sex, he wastes no time in luring Rob to the US to stay at his penthouse for a month so that he can reboot his writing career. A ruthless businessman, Lex is accustomed to getting what he wants. He is in love with Rob and he also wants his ailing father to accept his sexuality before the old man dies.

As Rob is introduced to gay Manhattan by Lex's colourful friends, he is unaware that Lex is holding on to a crucial secret. Years before, Lex was a student at the college where Rob's father was Headmaster. A brief encounter between them had resulted in the tragedy that Rob had been unable to forget. With this secret hanging between them, it is only a matter of time before Rob and Lex's relationship is balanced on a knife edge.

A heated tale of deception and lust between two hot men who cannot keep their hands off each other. 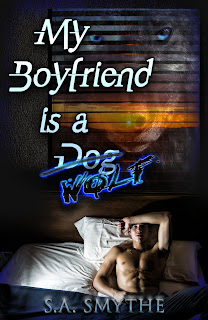 NB. This book does NOT contain bestiality. (It is filthy, though...)
Nathan wants to get laid, and to find love. After a near-death experience, Angelo, a husky dog with an attitude problem, walks into his life. From then on, his attempts to find a man are sabotaged at every turn by the jealous canine.

In the meantime, Nathan is plagued by hot and heavy dreams involving his grumpy, sexy next-door-neighbour. As the dreams become more vivid, his need to find sexual satisfaction increases. It is only when he discovers that Angelo is not what he seems, that he realises love has been hiding in plain sight the whole time.
A short, hot tail of shifters, sex and dog hair. 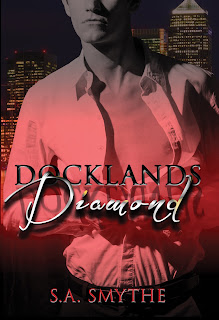 On the morning after his 35th birthday, Alex Logan is left with two unwanted gifts; the hazy memory of a sensual encounter with a handsome Scottish stockbroker, and a new, opinionated, best friend with a constant demand for sex.


Docklands Diamond is the story of one man, one talking dick and one very sexed-up City executive who will stop at nothing to get Alex into bed. He has a sultry sister, Willow, an amateur witch whose love potion has left Alex in this sticky situation. The problem is, Alex is straight, or wants to be, so it is up to Broadsword, his new best pal, to persuade him that Leith is Mr. Right.

A quirky, filthy story of love and acceptance, with lots and lots of hot sex...
Email ThisBlogThis!Share to TwitterShare to FacebookShare to Pinterest